Leon Kahane, born 1985 in Berlin, first completed a photography education at BEST-Sabel Berufsfachschule für Design and at the Ostkreuzschule für Fotografie, Berlin, before studying fine arts at Universität der Künste, Berlin. Kahane currently lives and works in Berlin and Tel Aviv. Topics such as migration, identity and de-bates around majorities and minorities in a globalised society are major concerns in his video work, photographs and installations. His own experiences and bio-graphical references play an important role for the artist. Most recently, his works were shown at Kunsthalle Wien and at the 6th Moscow Biennial. In 2015, he received the Kunstpreis Europas Zukunft. His work is currently exhibited in a solo show at Galerie für Zeitgenössische Kunst, Leipzig. 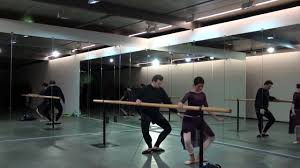 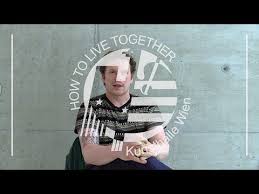 The Berlin-based artist Leon Kahane, who is participating in the biennial with a continuous dance performance in the format of a daily ballet, met Varoufakis in ... 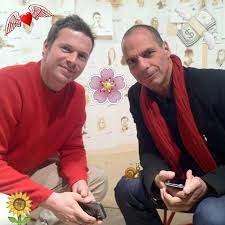 Leon Kahane (Artist) talks about perception between live-experience and documentation. Talk via Skype. Moderation: Vanessa Joan Müller. How does the  ...
"Doing documenta in Athens is like rich Americans taking a tour in a poor African country". Since this summer everybody knows that Yanis Varoufakis is a ...
As his contribution for the 6th Moscow Biennale, Leon Kahane created a continuous dance performance in the format of a daily ballet rehearsal with ... 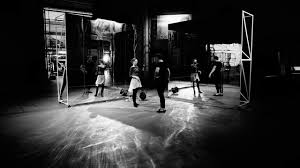